The Court has established a “Teen Court” for youthful first-time non-violent offenders in Jefferson and Lincoln Counties as an alternative to Circuit Court.

If a youthful offender accepts the Teen Court option and completes all of the requirements of the program, his or her record is expunged of the offense. The record of the individual is as if the offense never occurred.

In one aspect, Teen Court is no different than Circuit Court – Teen Court holds juvenile offenders accountable for their actions. Teen Court, as a function of the 6th Division, is supervised by Judge Brown. From that point, Teen Court differs from Circuit Court.

A volunteer local attorney presides as judge over Teen Court, but every other normal court position is filled by volunteer teenagers, including: prosecuting attorney, defense attorney, bailiff, clerk and jury. Licensed and practicing “shadow” attorneys are available to help their teenage counterparts as needed in preparation for and conduct of trials.

The court distributes information to Jefferson and Lincoln County Schools seeking teenage volunteers who submit this application form to the court. The court then selects a pool of volunteers to fill the required Teen Court positions.

Teen Court volunteers go through an extensive training program and agree to serve for one year. During the year, volunteers rotate through court positions as much as possible.

Decisions, verdicts, sentencing and orders of the Teen Court are binding and have the same stature as proceedings from normal Circuit Court. Individuals who fail to follow orders and sentencing imposed from teen court will be remanded to the Circuit Court for trial.

Teen Court programs were originated by the United States Department of Justice “Federal Youth Program” as a means of early intervention in and diversion. More than 1,300 other American communities have successfully established youth courts under these guidelines. Reports from these existing programs tell a story of success.

Other Arkansas circuit courts offering teen court include Faulkner, Lonoke, Saline and Washington Counties. In virtually all instances, these innovative courts in Arkansas communities have achieved remarkable results in dealing with teenagers who have run afoul of the law. Participants in the program are much less likely to become repeat offenders.

Teen Court, step by step, from the start

The teen court process begins when a young person is apprehended for violating the law. The individual is brought to the Jack Jones Juvenile Justice Center for booking. An intake officer of the court participates in the booking process. If the offense is not a felony, is non-violent and non-drug related, the intake officer may be offer option of having his or her case heard by teen court rather than traditional circuit court.

If the individual commits another offense from the time of acceptance into the Teen Court program, the contract is voided and the original and new offense cases will be heard in Circuit Court,

The individual will be represented by his or her teen attorney (with advice from a licensed attorney), his or her case will be prosecuted by a teen prosecuting attorney and a jury of teens will hear the case and decide the sentence. Sentencing guidelines are still being developed, but may include one or more of the following options:

The individual's sentence will be supervised by the 6th Division Court Staff.

Click on any image to start the slide show 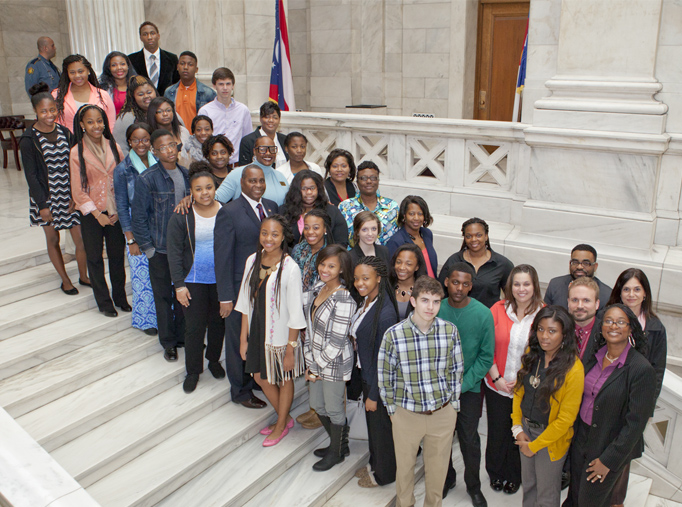 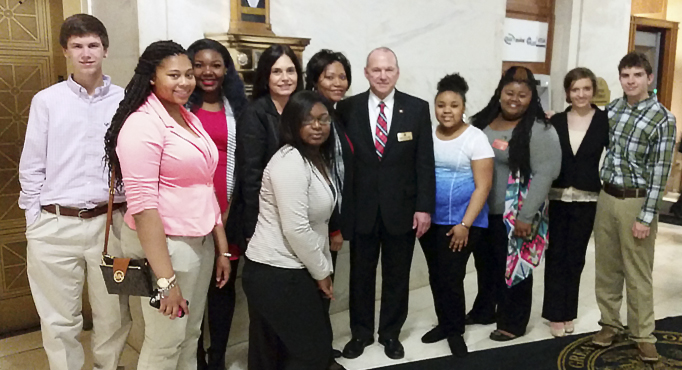 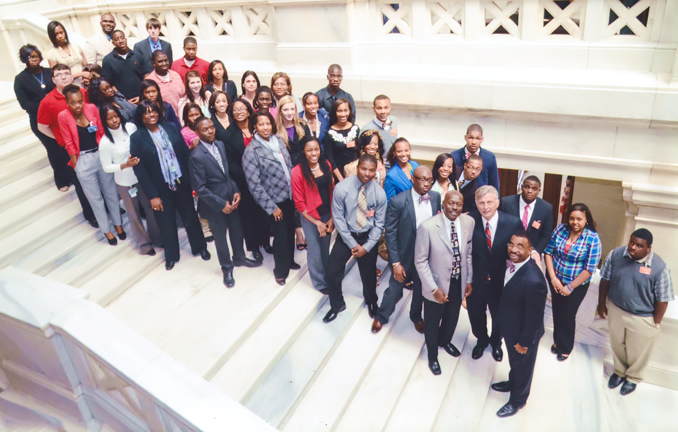 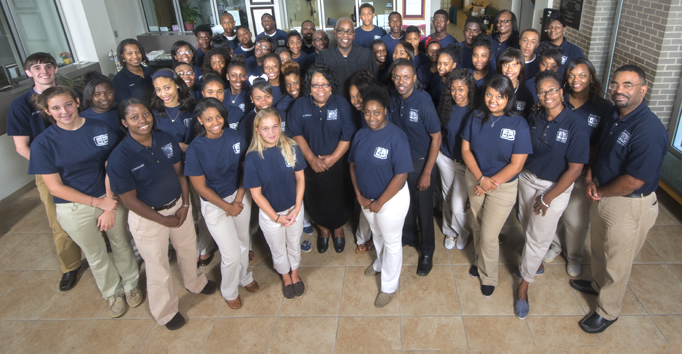